Python Programming Language is an easy-to-learn language, which is why many novice programmers choose it as their first programming language because Python was developed as a General-Purpose Language and not limited to the development of certain types of software. The main purpose of inventing the Python programming language is high readability of the code of the program commands, so that blocks of code appear automatically in the IDE. It is an open-source programming language and is managed by the Python Software Foundation. This article will teach you about Tutorial Setup Python on Admin RDP 2019 step by step.

Python is an Object-Oriented and High-Level programming language with dynamic Semantic integration for web and application development software. This programming language is highly attractive in the field of Rapid Application Development because it has Dynamic Types and Dynamic Binding. The Python programming language uses modules and packages, which means that programs in this language can be designed in a modular style, and code written in one project can be reused in various other projects. Once a user has developed the module or package they need, the code can be extended to other projects if the code is made available to the public. Importing and Exporting these modules is also easy.

1. Syntax and Semantics: Python means a language that is easy to read and its formatting is visually unique and often uses English keywords but in other languages they use punctuation. Unlike many other languages, it does not use separate blocks to restrict blocks, and the use of commas after expressing statements is optional. This language has fewer syntactic exceptions and special cases than C or Pascal.

2. Libraries: The standard Python library, one of its biggest strengths is listed, provides tools for many appropriate tasks. For Internet applications, it supports many standard formats and protocols such as MIME and HTTP. Python Package Index (PyPI) is the official repository for Python third-party software and contains over 130,000 packages or a wide range of features including graphical user interface, web framework, multimedia, database, networking, test framework, automation, Documentation, and system management.

How to Install Python on RDP Server 2019

In this section, we plan to teach you how to install Python on Rdp Server 2019. To enter the RDP server environment, you must first search and run the Remote Desktop Connection in your Windows start menu. After entering the required IP as well as the password, you can enter the server by clicking on Connect.

Now, you must first run and install PowerShell with Admin Privilege.

Then, you should install python in PowerShell using the following command:

In the next step, you can reload environment variables by running the command below:

Double-click the installer in the folder where the file was downloaded. 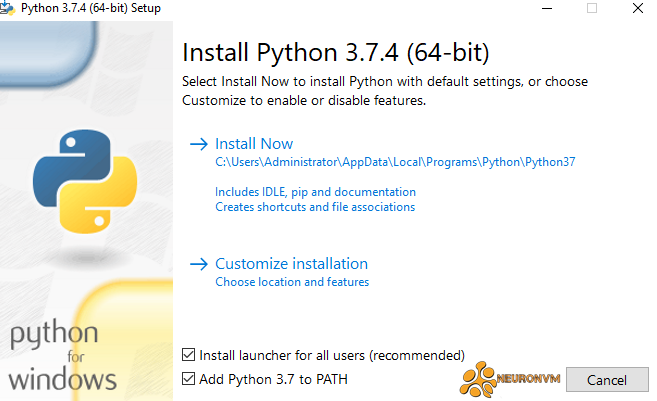 Now you must first check “Install for all users” and then click “Install“: 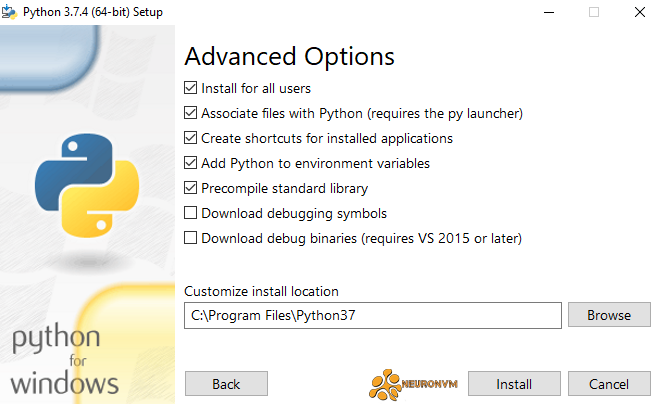 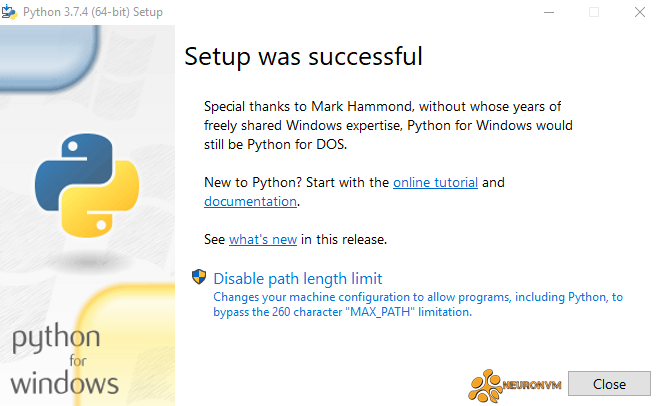 Verify the installation by running PowerShell and entering the following command:

Python Interpreter is available for many operating systems. Python has a dynamic type system and automatic memory management and supports multiple programming paradigms. In this article, the Python programming language was introduced and its capabilities were listed. In the continuation of the article, a step-by-step tutorial on how to install Python for RDP Server 2019 was taught.